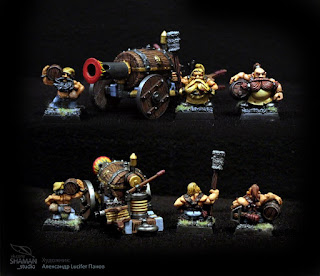 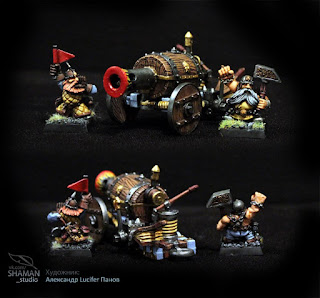 RAC is over and I will try to offer some summaries of my tournament experience. I had only my phone camera with myself ant it was rather poor...so I will use official photos of this event...

For my Dwarven Holds it was a 2 days marathon of 5 games in total:


As a result of such 'unsuccessful' experience I have some thoughts about my roster: 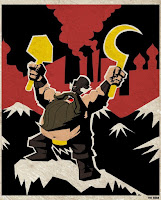 I want to change my current DH roster slightly. I have some doubts about seekers, not very found of criminal dawi, DSeeker seems to be the weapon of choice against monsters...ehhhh....Dragons; with Ws7 S10 I8 A6 & Lightning reflexes he is really good, but he has a strong rivalry - Dwarf King is well protected & can be armed in the same way...

The current Dark Gods are familiar to all players, however it's just a matter of time as The New Ones are on their way. Below are the 7 Dark Gods, with the names given to them by their worshippers, which have spread out among the people of the world. Many cultures have their own terms, and each civilisation will fear the influences of some Dark Gods more than others, but the names have been spread for many centuries to draw in those who would live free of constraint:

Kuulima, Lady of Flies, Goddess of Envy
Some followers of the Lady of Flies see her as the great leveller, to bring all to level footing and be judged. Others have more base motivations, and simply grasp for what others possess. Those in poverty, the dispossessed and unrequited lovers turn to the Lady for the means to extend their reach.

Vanadra, the Adversary, Goddess of Wrath
At the vanguard of the Dark Gods’ forces, the followers of Wrath have a well-earned reputation as deadly enemies. The oppressed and falsely accused have always numbered among Vanadra’s servants, empowered to hunt betrayers and oath-breakers, until they are consumed by a thirst for vengeance.

Sugulag, the Collector, God of Greed
To the servants of the Collector, all things are their possessions to be claimed. By conquest or cunning, the hoards of their greatest members rival any monarch. Misers and smugglers have often found a place with Sugulag, as they seek to retain their rightful rewards.

Akaan, the Devourer, God of Gluttony
The great maw of the Titan is never sated, and his followers devour all before them in a horrific parody of natural hunger. Gourmands, drunks and those with darker appetites may turn to the Devourer to meet their twisted needs, yet they soon find their outward appearance just as disgusting, all thoughts of aesthetics long since fled.

Cibaresh, the Tempter, God of Lust
Though sadists, masochists and lechers are drawn to Cibaresh’ promises of indulgence, the true delight of the Tempter is to seduce the righteous, placing snares in their path to entice them towards ruin. In battle his followers have a similar allure, threatening to overpower the senses of even seasoned soldiers.

Savar, the Fallen Star, God of Pride
Those who fall from exalted station, whose pre-eminence is never recognised among their own people, or are passed over for promotion find a natural home with the Fallen Star. He gifts them with the strength to realise their ambitions, displaying their achievements proudly and shunning lesser enemies.

Nukuja, the Sleeper, Goddess of Sloth
In the black eyes of the Sleeper’s followers, it is said you can see your death approach. Prophets of doom have long sworn to Nukuja, and been granted visions of death and destruction in return. The Slothful endure though, determined that their inscrutable gaze will witness the end of all.
Posted by Porw at 4:45 AM No comments:


For my 9th Age roster I need a new type of dwarf engineers, they are cheap & they are effective, for just 164pts (plate armour, shield, forge repeater) they can upgrade your artillery as well as 18" 4 shots with BS4 S5 (QtF & Flaming). 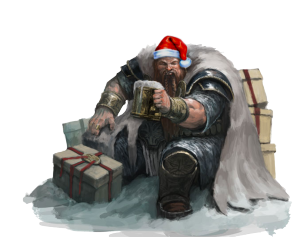 Well, let me congratulate all FB gamers: May the New Year brings new hopes and new reasons to play our game!

It seems that during this year turbulent times we got some interesting & promising  facts: Specialist Games (Blood Bowl), Warhammer Total War!

But still GW behaved badly and they will not get their gifts!

& let's not forget about The 9th Age!

As stout as any dwarf player I wish not to change my current roster greatly but as there are some points changes I have to calculate it one more time. The Banner of Shielding is come back again as well as Aether Icon; as for monster hunting I choose to add some 'old school' firepower - ballista & organ gun with engineer. ALSO there are 2! Flame cannons!